Author Lori A Alicea and her beloved husband David of 25 years thank you for sharing a moment of your day with them at Apples of Gold Encouragement. It is their desire you experience their heart for family, love, encouragement and God through the words God has put on Lori’s heart to write. They are hopeful you discover a few treasures of encouragement, realizing we all share common threads in our lives. Be blessed in your day.

Four years ago the itinerary of my married life to David found us walking one step at a time through a housing journey.  Not by choice as we believed we were living in our forever home.  Distressed is an understatement as we raised our children for much of their life in this home.  But nevertheless, the map we were following said MOVE, and the journey to find HOME again started us on a million mile walk, one step at a time.

Our housing journey actually began twenty-two years ago when David and I began our third year of marriage living in a humble home on a two acre lot in the country.  We called it God’s country.  The peace and tranquility of having nature as neighbors felt like heaven on earth.  The morning sun of the east welcomed us while we sat at our kitchen table drinking coffee.  Then its rays from the west bid us goodnight during our last conversation in the “music room”.  The land by itself was postcard worthy, at least to us.  As an event decorator I could spread out my crafting wings as far as eyes could see.  Oh, the albums of all our parties on this land; birthday parties; graduation parties; baby showers; for-no-reason parties.  Seeds of love and laughter fertilized the acreage from the many years of our family memories.

Then four years ago this happened.

With medical issues over the years due to our home, the doctor ordered a 4-Sale sign to consider the future health of my beloved David.

The news of this decision hit our children harder than it did us; although we as a family grieved in the loss of our home.  I always told David that “home is the address of my heart.”  Wherever he is, that is Home Sweet Home for me.  But for them, saying good-by to the only place they knew as home was life changing.

Where to next?  From day one our dream home has always been a log cabin.  Just a cabin in the woods would echo home to us.  Not that we could afford such a dream, but it was the only house that took our breath away.

Selling our house would consume a summer, a long three months as David had to relocate to my sister and brother ‘n laws house without me to consider his health.  Staying behind to pack up the house, David visited me before work so we could enjoy our morning coffee together, in the van.  Yes that’s right; like we were dating again.  But you just adjust with a house that doesn’t agree with you.

One step at a time.  That’s all that is required.  But I’m sure I have company with those that strive to control the outcomes of life.  While David and I were trying to decipher the map of our journey, we realized we weren’t the only ones facing health challenges; my mother and step-father also.  We came to the fork in the road where the next step could be about us, or about our parents.  We chose to move one street over from mom and Roger to assist in their care.  No, we didn’t move to the home of our dreams, but we did move to the place of honor according to God in Exodus 20:12,

“Honor your father and your mother, so that you may live long in the land the Lord your God is giving you.

Living so close to mom and Roger proved to be a delight.  Roger was a hoot and the grand-kids loved to ride their bikes to grandma’s house to raid her cupboards of those chips and pop she made sure to have for them.  Our meals were stretched a bit further so two plates of homemade love filled their tummies each night.  David stopped by daily after work for a short chat and chips himself which earned him the medal of “favorite one”.

I even learned to “bloom where I was planted” from the standpoint of a decorator.  The parties still continued though smaller in scale, albeit to the aggravation of a few of the real neighbors we now had.

One step at a time and now three years later, David and I are packing again; my mother’s home as well as ours.  Bittersweet are the years as just when you are getting used to the idea of your surroundings, life changes again.  Roger went home to be with Jesus and mother’s health forced an address change to a nursing home.  The reality of our age is setting in as good-byes to loved ones become an unwelcome guest in your life that never leaves. 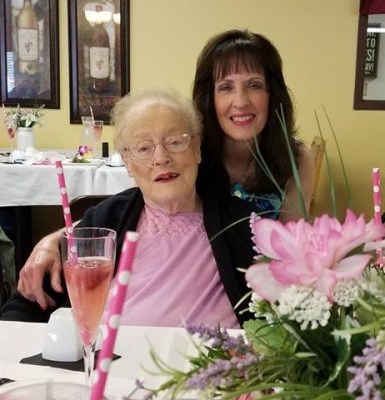 Without a place to call home after our current abode sold so quickly, we began putting that one foot in front of the other again and asking the question, “Where to next?”  “Home, where are you?”   We still carried the log cabin dream in our hearts,

but the exit sign of our destination put us right next door to my sister and brother ‘n law, Brad and Denise; the same house where David stayed that fateful summer three years ago.  Still almost newlyweds themselves, we were blessed to occupy Brad’s mother’s recently vacated house until we found a home of our own. 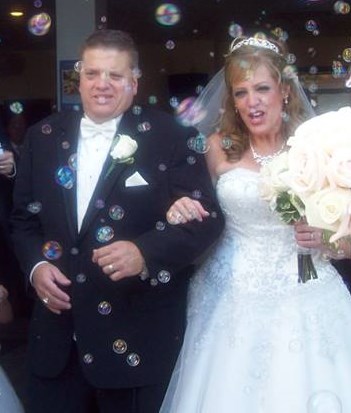 Step by step.  The pace appears “turtle-slow” when the miles you’ve accumulated doesn’t equate to the place on the map you expected to be.  Oh the roads David and I have traveled since we left God’s country.  How we miss our nature neighbors.  We long to be overlooking our two acre plot of heaven.  Though the roads over the last three years thus far appear to be marked as detours, David and I trust God when he reminds us,

These detours seemingly are actually God’s ordered steps on the map for us; we just need to trust Him in the GPS set for our way.

As one year later, this happened:

While still in our housing search at this time, we give thanks to God for closed doors in our quest after realizing our next door neighbors received a diagnosis of Stage 3 cancer.  The providential disguised itself as a detour.  God knew in advance and positioned us as next door neighbors, to assist a brother in the fight of his life. 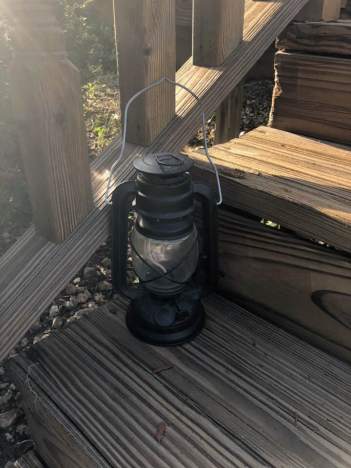 As for our log cabin dream, well the birds are enjoying our cabin in the woods FOR NOW; until the itinerary of our travels tell us to start walking again, one step at a time.

Until then, as I have said for the last twenty-four years of our marriage, home is not a building.  Home is not brick and mortar that decay over the years.

HOME IS THE ADDRESS OF THE HEART.  MY HEART!

HOME IS WHEREVER THIS MAN IS.